Here are some more bonus rules for MoldHammer. They might fit in any game, though!

Hazards
In MoldHammer, damage is dealt by combatants rolling d20 under To-Hit. However, some sources of damage have no To-Hit value. When someone is hazarded and must rely on their reflexes to avoid harm, they roll d20 under To-Hit or take one Heart of damage! Some hazards ignore armor, such as turbulent water or burning/boiling oil.

Fleeing on Foot
When a party absconds from combat, they must choose a room or hex to advance to.
If the enemy pursues them, roll a d6 to determine the result of their flight.

Flight Modifiers
+1 for each of:
Fleers are faster than the pursuers, or took a particularly clever route.
Fleers drop some stuff that slows down the pursuers.*
Fleer with the lowest To-Hit score rolls d20 under it.

-1 for each of:
Pursuers are faster than the fleers, or took a particularly clever route.
Fleers waste time doing something unhelpful while fleeing.
Fleer with the lowest To-Hit score fails to rolls d20 under it.


*Dropped coins or treasure are desirable for desperate thieves (expert robbers know it could be cursed and the fleers probably have better treasure). For predators, drop animal carcasses with total Hearts of at least half the predator's Hearts, or a number of proteinous food servings equal to its Hearts. Anything the pursuers don't stop to take is likely to be gone before the day is over. Caltrops, burning oil, or other countermeasures slow most enemies similarly as the same time as hazarding them. 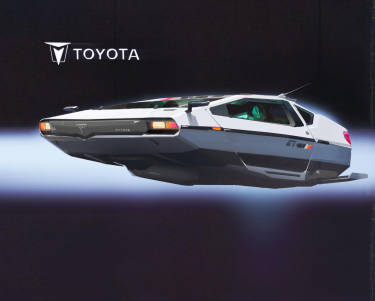 Starship Flight
Starships consume one fuel crystal and can move one space hex per day. Starships need a crew numbering at least the ship's Scale to be piloted properly. For each crew member missing, the ship takes one Shield damage per fuel crystal consumed.

Critical Damage
Roll a d6 when a starship reaches, takes damage at, or consumes a fuel crystal at zero Shield.
1: Fractured Core!
The ship will explode in Systems-10 turns.
2: Thruster Failure!
The ship is adrift in space.
3: Weapons Failure!
None of the ship's weapons function.
4: Life Support Failure!
In Systems-10 space turns, everyone on the ship will be hazarded each space turn.
5: Cargo Hold Depressurization!
Everything in the ship's cargo hold is sucked out into space. Oh well.
6: Cabin Depressurization!
Everyone in the ship rolls d20 under To-Hit each space turn or is sucked out into space, as well as being hazarded every turn from vacuum exposure. In Systems-10 turns, the ship is filled with vacuum and takes Systems-10 turns to repressurize.

The Vacuum and You
You take two Heart damage per space turn without a vacuum-proof suit. Damage taken while wearing a vacuum-proof suit breaks its seal. If you were sucked out into space wearing magnetized boots, you may roll d20 under To-Hit to catch yourself and stand on the outside of the ship. Without that or a jetpack you are adrift and likely dead, save for any wacky plans you can come up with to return to a ship.
Posted by rattlemayne